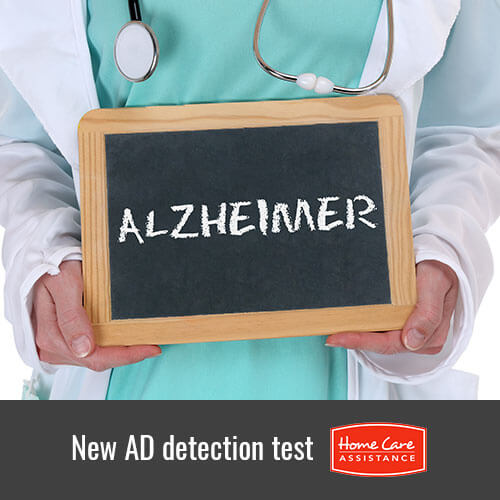 Because Alzheimer’s has such a significant impact on a senior’s wellbeing, it’s important for families and doctors to take whatever steps they can to catch the disease in its earliest stages and slow its progression. The Toronto, ON, Alzheimer’s care experts at Home Care Assistance examine Alzheimer’s disease and how using a smell test might come in to play in diagnosing the condition.

The Side Effects of Alzheimer’s

In its earliest stages, Alzheimer’s can produce a number of unique side effects that are often difficult to track. Families might notice their senior loved ones have a difficult time smelling certain odors or differentiating between various odors. Though everyone’s senses deteriorate with age, families should be wary of any dramatic changes within a short period.

There is currently no known cure for Alzheimer’s, but doctors can still take measures to slow the rate of cognitive decline. As long as the condition is caught early, many seniors are able to preserve their quality of life for years with comprehensive treatment plans. If Alzheimer’s is not diagnosed early, doctors generally try to manage the side effects as much as possible. This is why it is so important to continue finding ways to accurately diagnose dementia-related disorders before too much brain damage has taken place.

Brain scans are often an effective method of catching Alzheimer’s, but they are prohibitively expensive for many people. Two recent studies have found a simple odor test can help doctors correctly diagnose dementia cases at just a fraction of the cost. During these studies, a group of nearly 400 aging adults were given the University of Pennsylvania Smell Identification Test (UPSIT). The same group was then screened for Alzheimer’s and other forms of dementia 5 years later, and those who had lower scores on their UPSIT had much higher rates of dementia.

When it comes to chronic disorders like Alzheimer’s, seniors and their loved ones should always err on the side of caution. A preliminary odor test is just one of the many tools that can be used to identify dementia-related disorders. If your aging loved one has recently begun experiencing problems with any of his or her senses, you should immediately schedule an appointment with his or her doctor for more testing.

If your loved one is in the early stages of Alzheimer’s and needs regular mental stimulation, turn to Home Care Assistance. All of our caregivers are trained in the revolutionary Cognitive Therapeutics Method, an activities-based program designed to slow cognitive decline and delay the onset of dementia. For more information on the elderly care Toronto, ON, families trust, call one of our knowledgeable Care Managers at (416) 488-8777 today.